...an exceptional year for Racing Consultants...

...this is a service knocking at the doors of the Hall of Fame 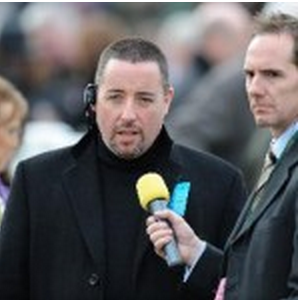 Rory Delargy is the chief British racing correspondent for the Irish Field newspaper, and also writes a daily column for the Irish Daily Star, having previously been a regular pundit on Timeform Radio and William Hill Racing Radio.

He is a regular contributor to the Weatherby’s Cheltenham Festival Guide, Attheraces and the Sporting Life among others.

Just to let you know I joined your service this week for a month. Great service, I'm far from an expert on horses but how you picked ' Yasir' at 16/1 and American life in the 2 selections today was brilliant.

I had an ew double on them.  Also some great winners in the past few days. I'll be on board with a years membership when my month is up. 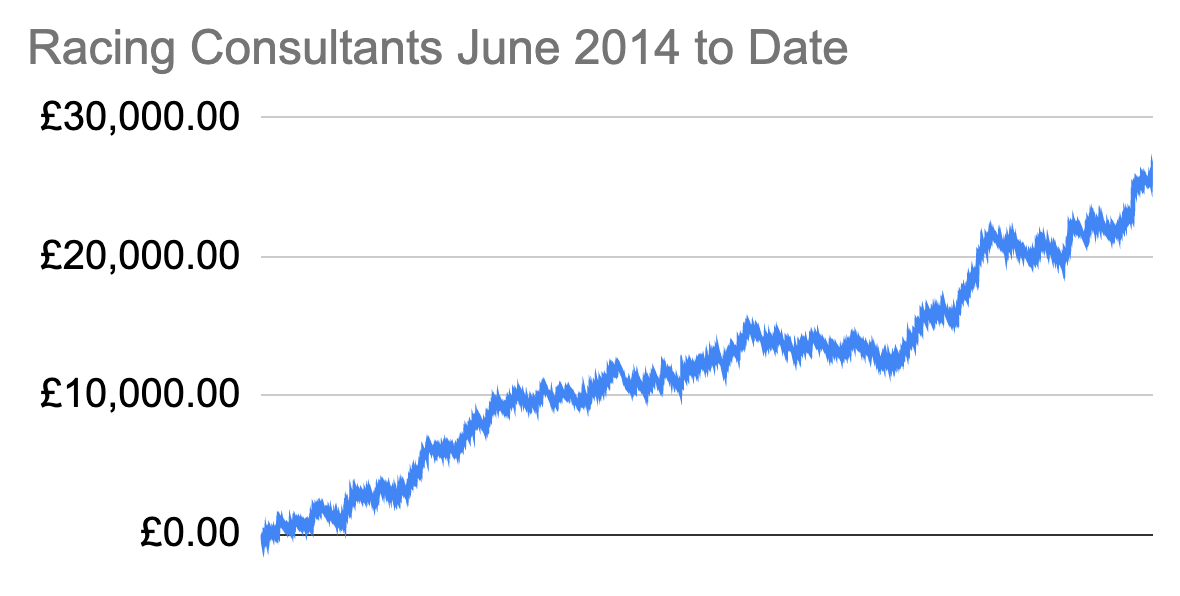 Day two of Royal Ascot may lack the fireworks of the opening day, but the racing remains top class, and I’ve decided to give an opinion on all the races, rather than cherry-pick the best of them.

Dramatised (2:30 Ascot) (Won) was very impressive in beating a subsequent dual winner at Newmarket, and looks the one to beat for Karl Burke, who has some very fast juvenile fillies, but none quite as fast as this one, and she looks the one to beat in the Queen Mary Stakes. Her stablemate Pillow Talk would have held a solid chance if running here, but it looks significant that Burke sends her instead to the Norfolk Stakes on Thursday.

The  Queen’s Vase has developed into a very good race since being upgraded and cut back to 1¾m, and this looks a decent renewal, and should again be an excellent guide to the St Leger.

This comes soon enough after his unlucky run in the Derby, but there will be no fireworks today to upset Nahanni (3:05 Ascot), and he can confirm himself a leading St Leger candidate by taking this Group 2 prize. He did well to finish in mid-field after getting upset at the start and conceding ground to his rivals at Epsom, and he is much more likely to lead or sit handy here, which should see him avoid trouble.

The Prince Of Wales’s Stakes sees a disappointingly small field, but the quality is there for all to see. Others have the form at Group 1 level, but Bay Bridge (3:45 Ascot) was mightily impressive when winning the Brigadier Gerard Stakes at Sandown, and appears to have improved markedly as a four-year-old, in line with his impressive physique. He’s the latest in a long line of horses to have improved markedly for the patient touch of Sir Michael Stoute, and the veteran trainer can enhance an impressive Royal Ascot record.

Mother Earth was the ante-post favourite for the Duke Of Cambridge Stakes, but she hasn’t looked as good in two starts this year as she did as a juvenile, and Saffron Beach (4:20 Ascot) (Won) slammed her by an easy 3 lengths in the G1 Sun Chariot Stakes in October. Jane Chapple-Hyam’s filly is now 5lb worse off, but she is more progressive, and deserves to head the market. Bashkirova would be the one for the forecast if fully recovered from a win at Epsom’s Derby meeting, but connections expressed concern that this race might come too son after that Princess Elizabeth success, and I’m a little wary as a result.

The higher draws should dominate the Royal Hunt Cup, but those with the best draws near the stands rail don’t inspire, so I’m going with the progressive Dark Shift (5:00 Ascot – Nap) (Won), who sneaks in with a penalty after beating a good bunch at Nottingham. He was badly drawn in the Victoria Cup here on his previous start (first three home that day came from the highest three stalls), but had won twice at the track last season and should be clear favourite.

The Windsor Castle Stakes provides a proper cavalry charge for 2-y-o sprinters short of the top level, and a shock result would not be that shocking, so to speak. Little Big Bear has the form, but a very low draw, which counts against him. Chateau (5:35 Ascot)  is also on the far side, but can track middle, and appeals for each-way purposes given how well he finished from a tricky spot at Beverley last time in the Bet365 Two-Year-Old Trophy, a race which has often provided Ascot clues in the past.

White Moonlight (6:10 Ascot) really caught my eye on her return from an absence last time, travelling best throughout, but merely held together in the closing stages  and finishing third to Queen of The Skies at Chelmsford a fortnight ago. She looked big, fresh and well there, and the run is likely to have done her good, but the impression she gave was that she was being saved for a bigger day.

She was having her first run since her juvenile days at Chelmsford, and while she was beating a 100/1 when winning her novice at Newmarket on her previous start, she won by a wide margin, and the runner-up, Arthurian Fable is now rated 97. It’s hard to pin down an accurate rating for one with her profile, but she travelled like the wrath of god at Chelmsford, and a rating of 92 may underplay her ability.

Chief danger to the selection is Haziya She didn’t live up to her top-notch pedigree last season for Mick Halford, but she’s improved for a drop in trip since joining Joseph O’Brien, and appeals as still being ahead of her mark after a fine third at the Curragh last time. She should go well again, and is another to consider for exotics or a straight saver.

A Good Honest Service with no Advised Price Shenanagins

Value Bets at Prices Available to All

“The aim is to provide selections which can easily be backed at the advised prices, and standout prices are never quoted. As a rule, the price must be available with at least two of the bookmakers included in the oddschecker price grid, and ideally with two of the recognised big firms.

The bets don’t go out until after 11am to ensure that the market is big enough and that prices aren’t disappearing – again, the goal is satisfied subscribers, not mythical profits. At least half the bets are where the price is available with most firms, although late non-runners can make this tricky at times.

I’d like to think that most subscribers could get matched on the exchanges at similar or bigger prices."

Many thanks Rory, hope you and the family have a great Christmas."

What you need to understand about these previews is who is a good tipster and who is just knowledgeable and puts up the semi obvious? Some panel members do not get that upsets happen at the festival every year and so should look for the less obvious. I think that from the group above, Rory Delargy is a good tipster whereas the others are knowledgeable but not great tipsters. I think that Rory sees the bigger picture more"  https://racingtoprofit.co.uk/2020/02/17/apchat-2/#comments

Daily bulletins which are generally sent out around 11.30 – 12.00 each morning detailing the day’s best bets covering the flat turf/AW and also the jumping action. The full rationale as to why they have been selected can be read in a detailed blog in the members’ area.

Selections are never given out if under 2/1, and the average stake is 2-3pts each day, so we suggest a minimum 100pt betting bank should be set aside to cope with the ups and downs along the journey.

No Subscriptions - No Repeat Payments

Nice one, Rory. Was screaming at Mr Orr to stop looking behind him on the run-in, but did it pretty comfortably to be fair. Pity the sods at Unibet refused the bet, so I had to take “only” 28s elsewhere.